What do I do when I’m not working?

There always a small section at the bottom of CVs where people list things they are interested in outside of work. I’ve never quite been sure what this is for (maybe a conversation starter?) and it probably varies from employer to employer to how much attention is paid to it.

I love travelling. I’ve just gotten back from Boston and I’ve spent some time in Barcelona and Croatia this summer. I’m quite lucky that I get to travel so much but I feel there are so many benefits to it.

First is the break from work, or at least a break from the routine (as I sometimes go on work related trips). I feel this is really important for my mental health. There can be times in the year where I dread opening my laptop but with a week or so break I am itching to get back into things.

Secondly, travel really does broaden the mind. I love seeing different things when I go away and I usually try and pick one thing from another country when I visit to do or implement when I return home.

I also go to WordCamps in Europe which is a great blend between work, socialising and holidaying and I always return with a new found enthusiasm.

There’s 1440 minutes in a day, surely you can spend 40 of them exercising.

I usually exercise every day. Whether it be outside or at the gym I find at least 30-40 minutes to do a workout. When I’ve told people that I exercise every day they usually pull some kind of face at me. 🙄 How do I find the time? Why would you do that to yourself? Well as the quote suggests – you do only need 30 or 40 minutes per day to exercise and for me the physical and mental benefits are huge as the tweeted article below suggests.

As much as the travelling/holidaying helps on an overall burnout level the exercise helps me on a daily basis. I particularly like metafit, pilates and spin (or a variation of) but I find doing a varied schedule of classes helps to keep me on my toes and prevents boredom.

Having previously done running (5k to half marathons), in 2016 I decided to put some of my fitness to test with Triathlon. I’ve watched triathlon since the Brownlees had their success at the 2012 Olympic Games. They’re both inspiring sportsmen who have really introduced triathlon to the masses in the U.K.

I hadn’t really swam regularly since primary school so it was challenging to pick it up again however I do love road cycling as well as the aforementioned running. There is a high barrier to entry with Triathlon and takes lots of organisation but I enjoy that aspect of it too, a bit like organising projects!

I think animals are great – don’t you agree? I love watching TV shows about animals, reading books and I like visiting zoos (so long as they’re a good environment for the animals). My favourite animals are probably Capybara but as far as domestic animals go then it’s dogs all the way.

I’m currently looking to rehome a dog – I’m just waiting to find the right one and am a bit nervous about making a bad decision. In the meantime I’ve taken on a project (I know this isn’t meant to be about work!) working with Diane on Wag & Company which is a great initiative set up in the North East of England.

I love going to the cinema. I think since movies have become so easy to get into your living room and cinema prices have gone up it has been quite easy to give the cinema a miss. I went to see Blade Runner 2049 recently and I just can’t imagine enjoying it as much on a smaller screen. I try and go to the cinema once per month, usually to see something I’ve been looking forward to but I occasionally take a punt on something I’m not as familiar with.

I’m obsessed with Escape Room games at the moment. They’re pretty much in every big city now and me and my friends, who have a similar problem solving nature, frequent these regularly. Essentially, Escape Room games are solving puzzles to find more puzzles to eventually find your way out of a room – very rewarding when you complete it within the allotted hour.

I also enjoy the outdoors (more so in the summer). I usually take a trip every year to the Lake District, which is a wonderful place and this summer I went to Go Ape in Dalby Forest – not for those with a fear of heights! 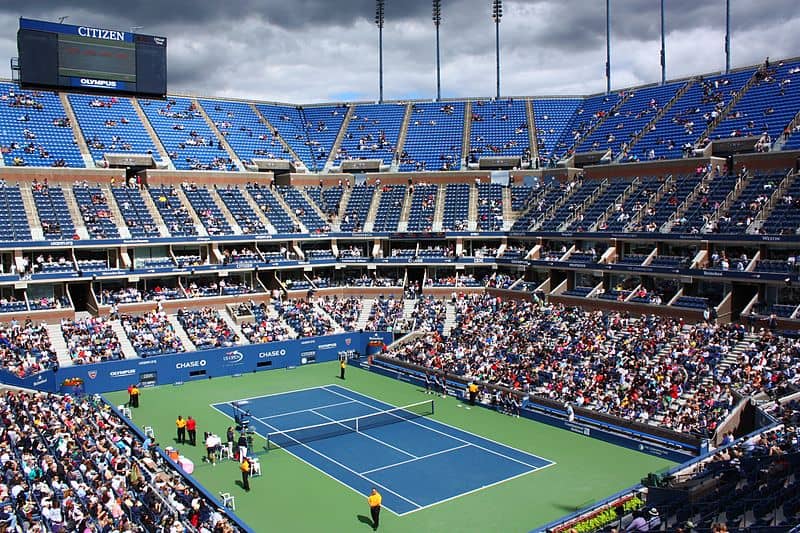 And for the winter months? I love watching sport. I often get to Hampden Park for Scotland National Football games and I’ve been to the US Open and Wimbledon too to watch the tennis. I follow these sports quite avidly so it’s great to be able to see them in person every now and again too.

So now you’ve got the full picture of not just my skills and my work but also the small bit at the bottom of the CV usually found under ‘other interests’.